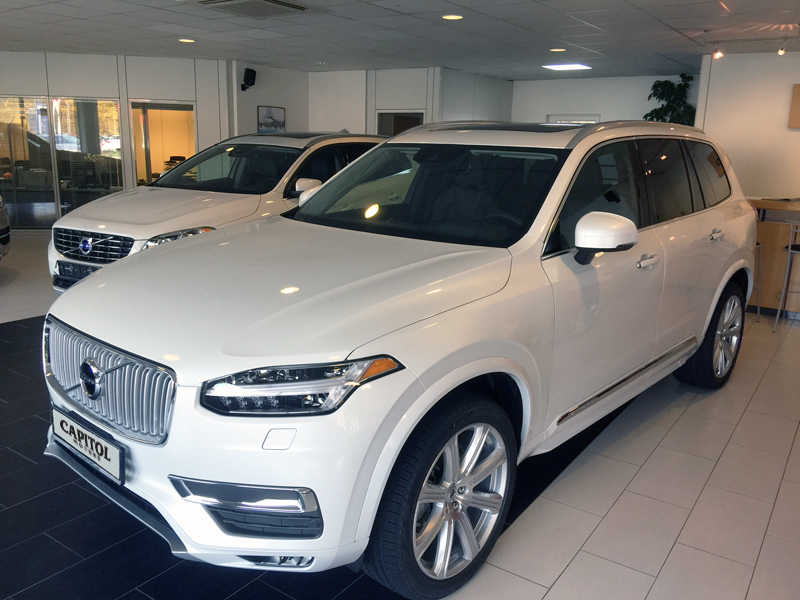 The Volvo XC90 has been named Motor Trend’s SUV of the Year for the second time.

Developed from the ground up on Volvo’s unique Scalable Product Architecture (SPA), with a 316 horsepower, supercharged and turbocharged Drive-E engine featuring an EPA rating of 25 mpg highway, a tablet-like Sensus control system, and understated Scandinavian design, the all-new 2016 XC90 sets a new standard for the luxury SUV segment. With its full suite of IntelliSafe features and two more world firsts for safety, the all-new Volvo XC90 is also the safest Volvo ever.

“Everyone at Volvo Cars is exceptionally proud to win the Motor Trend SUV of the Year award,” said Lex Kerssemakers, president and CEO of Volvo Cars of North America. “The all-new XC90 is a strong indicator of things to come at Volvo.”

When it was introduced in 2002, the original XC90 won Motor Trend’s SUV of the Year as it redefined the seven-passenger SUV segment.

Motor Trend’s Sport/Utility of the Year is not a comparison test, and is only open to all-new or substantially upgraded vehicles that have gone on sale in the 12 months from November 1 of the previous year.

To judge contenders for the award, Motor Trend’s editorial staff conducted an exhaustive three-phase testing process. Phase one includes a full tech check and weigh-in, then full track testing to establish baseline data for acceleration, braking, and handling. Phase two involves three days of road loops offering a range of road surfaces and traffic conditions to evaluate ride and handling, engine and transmission smoothness and responsiveness, wind and road noise, and ergonomics. An off-road section tests traction, stability, and braking control systems. In the third phase, the judges debate and deliberate. The judging criteria include the following categories:

To learn more about the all-new 2016 Volvo XC90, please visit www.capitolmotors.com or your stop by your nearest Capitol Motors showroom.